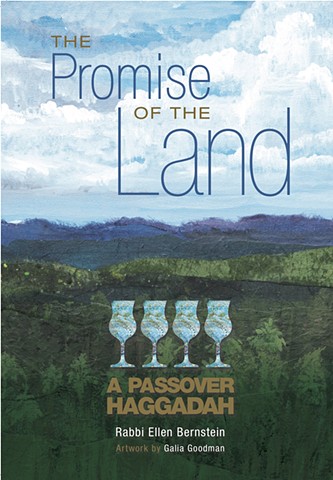 Interview at Judaica in the Spotlight

This Passover, celebrate both our freedom and the role of nature in the seder and in our lives.

From the unassuming matzah that reveals the simplicity of earth, wheat, and water, to the first fruits of the soil that the Israelites offered in gratitude, the earth has always been at the center of who we are as a people.

Passover marks the Jewish people's liberation from slavery in Egypt and the coming of spring. Yet it is also a story about land and the natural world. All our biblical holidays - Passover included - originally commemorated the agrarian and pastoral soil out of which Judaism grew.

Our well-being and our freedom ultimately depend on the earth's well-being. This haggadah seeks to reveal the seder's ecological dimensions and awaken its environmental meaning.

Beautiful. ...Will reopen the wonder of Passover, adding a deep layer of connection to the planet that makes the old rituals new for the 21st century. —Bill Mckibben, Co-founder of 350.org, Author of Falter: Has the Human Game begun to Play Itself Out?

Original and fascinating. ...A knowledgeable and heartfelt piece of work. Includes traditional liturgy with beautiful translations and wide-ranging commentary. —Rabbi Jill Hammer, Author of the Jewish Book of Days, A Companion for all Seasons